Way back, ten months ago, we made new year's resolutions for our house, here. One of the major things we wanted to accomplish was to paint over the split-pea colored paneling in the living room. The paneling itself is another project for another year.

Here it is on the day before we moved in: 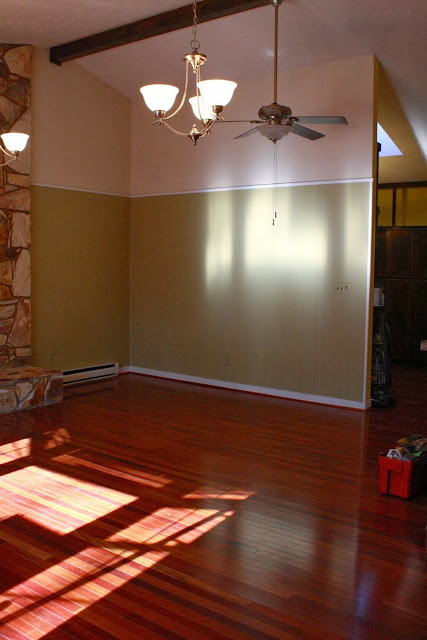 As you can see, the paneling only covers the lower portion of the walls in the living room. We decided to chose two colors from the same paint chip, a darker for the bottom and lighter for the top. 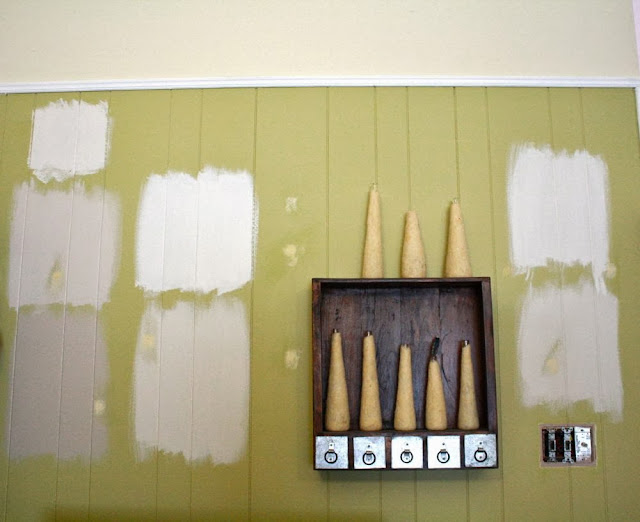 We put up a bunch of samples and spent a few months compromising, I mean, deciding.

It was finally Desmond's upcoming birthday party that made us pick one and get it done before this became the backdrop for all of his birthday pictures.

We choose Behr's Aged Beige for the paneling (more gray-ish) and Cotton Knit (white-ish) for the upper wall, downstairs hallway, entryway, stairway, and the whole giant wall leading into the kitchen. That is a lot of space to cover and part of why we took so long to choose our colors, this baby is only getting painted once a decade. 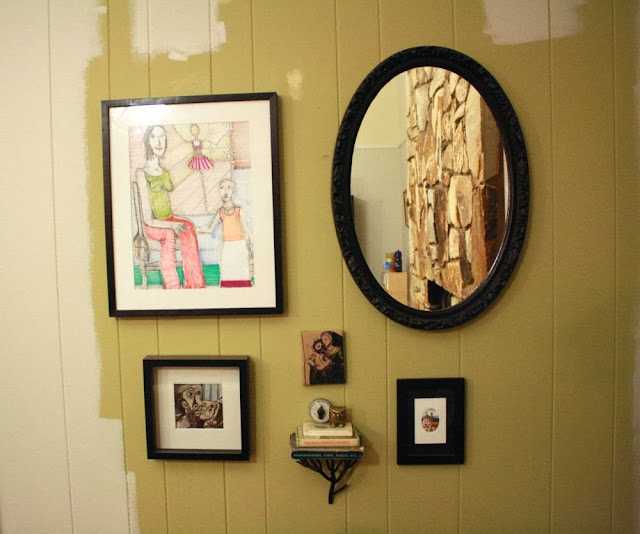 Dana worked late into the night to get the main living room done for the party and it made a much nicer backdrop to all of the toddler party mayhem. 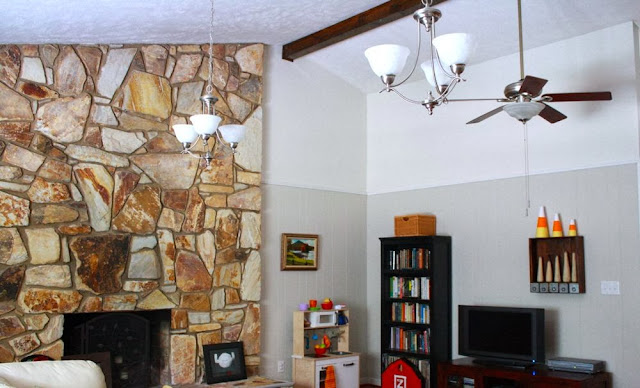 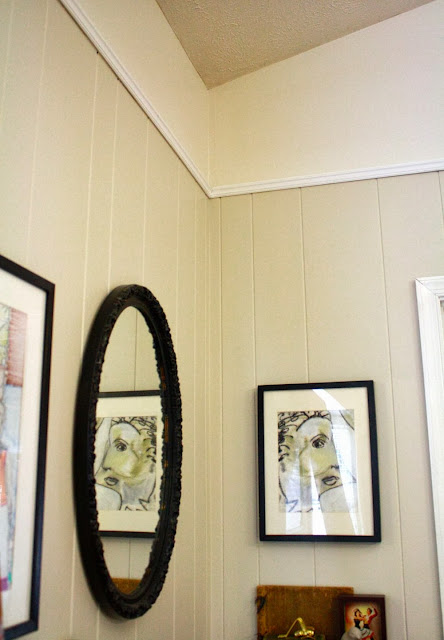 I recently finished painting the nook portion and Dana has started on the downstairs hall. We've run into a little snafu with the crackle finish in the entryway, it won't come off without a fight, but more on that later. 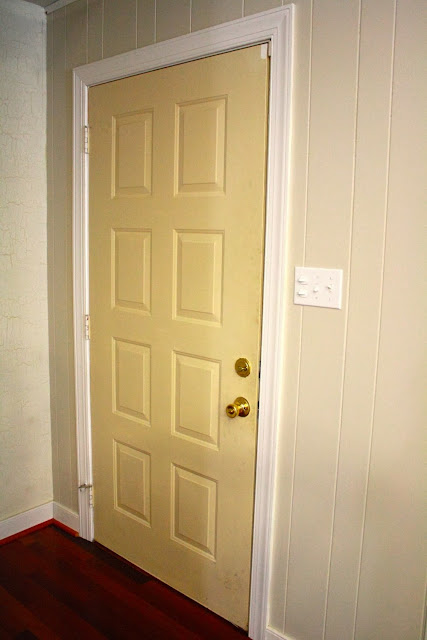 All of this crisp new paint really made our front door look sad. So, in an uncharacteristic moment, Dana offered for me to paint it any color I wanted since it would be better than this dirty beige.

No compromise? Whatever I wanted?

He even reminded me of a Pantone color I had liked but didn't have a project for. Hmmmmm??? This could be awesome!
Posted by Ono at Thursday, October 03, 2013 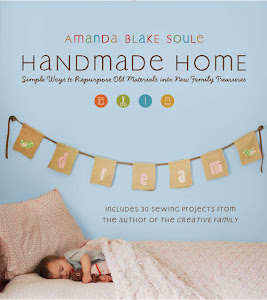 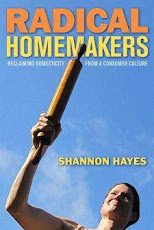 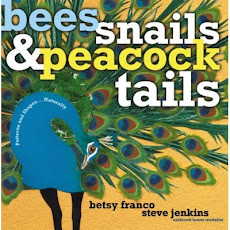 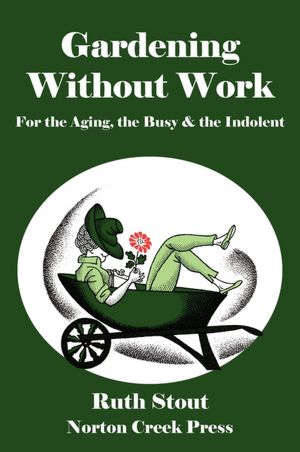 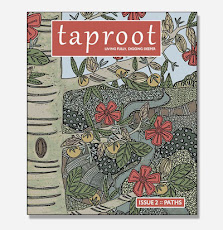 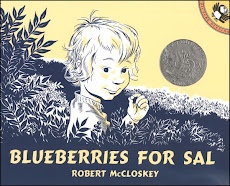 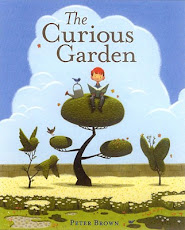 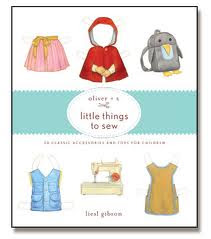